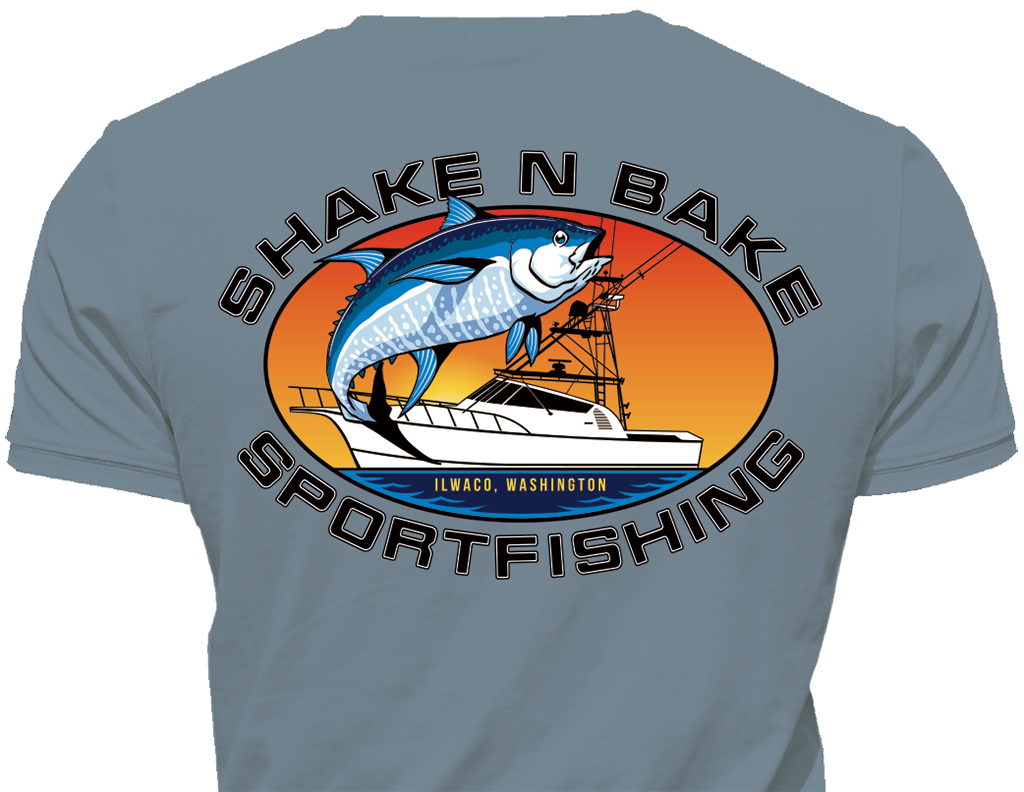 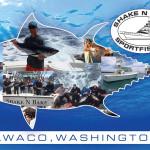 The Pacific Northwest has an abundance of riches for the outdoorsmen, but one particular pastime is the focus of Shake N Bake Sportfishing and her dedicated crew – live bait fishing for Albacore tuna. Fishing out of Ilwaco, Washington, Shake N Bake runs seasonal tuna trips that promise some of the most intense fishing to be found anywhere in the world.

“Shake N Bake” is a 42’ Henriques sportfisher that is owned Captain Mike Woodward and runs trips for albacore during the season from June – October. Leaving from the mouth of the Columbia River, the tuna are usually found 20-40 miles offshore and Shake N Bake primary employs a consistent tactic – locate the tuna visually or on the troll, then in full NASCAR pit crew fashion, spring into action to clear the lines, bait up, and bring the school up by broadcasting handfuls of live anchovies. What ensues is often a frantic, blissful session of tangled lines, screaming drags, and a bloody deck full of fat tuna.

Captain Mike summed it up while recounting a trip last summer, “Everyone on the air was crying about how bad fishing was. Then it happened. A double on the troll turned into a wide open bait stop. Pretty soon we had 6 fish on and all hell broke loose. Fish were boiling all around the boat and every bait got bit. 45 minutes later we had to stop, as we were plugged (fish boxes full) and then some. The crew was worn out, covered in blood, and already talking about their next tuna trip. Six more tuna addicts. Six more lives ruined. I can’t wait until the alarm goes off tomorrow.”

The entire tuna season on  Shake N Bake is often booked before the season starts, so for some of the most addictive, fast-paced fishing you will ever experience, book your trip today…and wear a Red Tuna t-shirt that you don’t mind getting a bit dirty.